We can learn about our perception of the world by comparing the mechanisms of the different senses. The activities of rod and cone neurons in the retina initiate the formation of visual images that contain color. To initiate the perception of color, the brain compares the activities of cones that respond preferentially to Long (red), Medium (green) and Short (blue) wavelength light. How do other senses, such as olfaction work?

Just as neurons expressing photoreceptors initiate the perception of light, olfactory neurons expressing odorant receptors initiate the detection of odors. While the brain has only the L, M and S receptors to detect an infinite number of light wavelengths, the brain employs hundreds of odorant receptors to detect a myriad (but not an infinite number) of odorant molecules. While photoreceptor pigments absorb photons to stimulate the photoreceptor protein, odorant molecules bind directly to odorant receptors. Both interactions change the physical shape of the receptor, akin to flipping a switch that sends a signal to the brain.

Each odorant receptor has a pocket on its surface whose shape is unique to that receptor type, and each pocket can bind to many different sorts of odorant molecules, some strongly, some weakly. Even a pure odorant can fit into the pockets of many different species of odorant receptors, again into some strongly and into some weakly. So even a pure odorant, such as isoamyl acetate (banana oil), sends a complex signal to the brain that is the signature of that odorant.  And natural odors such as the smell of a rose, a pleasurable one, or the smell of rotting fish, a noxious one, create complex patterns of odorant receptor activity that are their signatures. How do we create coherent odorant perceptions from these signals and how do they serve us?

While color helps us to discriminate between surfaces or objects that are otherwise similar, how do odors inform us about our world, given that odors can be perceived without us having other information about the source of the odor-emitting object, such as its shape or color. And how does the molecular complexity of odors influence our ability to use odors to understand our world?

Individual odorants do have characteristic odor properties, such as being fragrant and aromatic, or woody and resinous, or sharp or acidic. But recognizing a fish or a rose through its individual odorants is likely to fail because odors encountered in nature are generated by complex groups of odorant molecules and our ability to discriminate individual odorants through their characteristics breaks down in mixtures of three or four odorants or more.  In fact, the complex groups of odorant molecules associated with naturally occurring odors are not perceived as a group of individual odors or odorants, but instead as odor “objects”. We recognize a rose or rotting fish as such by the complex signature of receptor activities generated by the odorants emitted by the rose or the fish. For the brain to “create” a fish odor  “object”, it must have a means for converging the different odorant receptor signals created by the fish odorant molecules to a common target within the brain where they can be recognized as components of a fish smell “object”. The brain must also have the means for remembering this “object” in terms of its components and the activity signature that they generate, so that if the components are encountered in the future, they can be recognized. This leads to the important concept of odor memory.

There are strong perfumes for which all matter
Is porous. One would say they go through glass.
On opening a coffer that has come from the East,
Whose creaking lock resists and grates,

Or in a deserted house, some cabinet
Full of the Past’s acrid odor, dusty and black,
Sometimes one finds an antique phial which remembers,
Whence gushes forth a living soul returned to life.

Many thoughts were sleeping, death-like chrysalides,
Quivering softly in the heavy shadows,
That free their wings and rise in flight,
Tinged with azure, glazed with rose, spangled with gold.

That is the bewitching souvenir which flutters
In the troubled air; the eyes close; Dizziness
Seizes the vanquished soul, pushes it with both hands
Toward a darkened abyss of human pollution:

He throws it down at the edge of an ancient abyss,
Where, like stinking Lazarus tearing wide his shroud,
There moves as it wakes up, the ghostly cadaver
Of a rancid old love, charming and sepulchral.

Thus, when I’ll be lost to the memory
Of men, when I shall be tossed into the corner
Of a dismal wardrobe, a desolate old phial,
Decrepit, cracked, slimy, dirty, dusty, abject,

Delightful pestilence! I shall be your coffin,
The witness of your strength and of your virulence,
Beloved poison prepared by the angels! Liqueur
That consumes me, O the life and death of my heart! 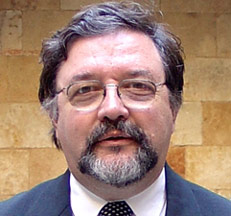 One thought on “My brain smells – part 2, by Edward Ziff”