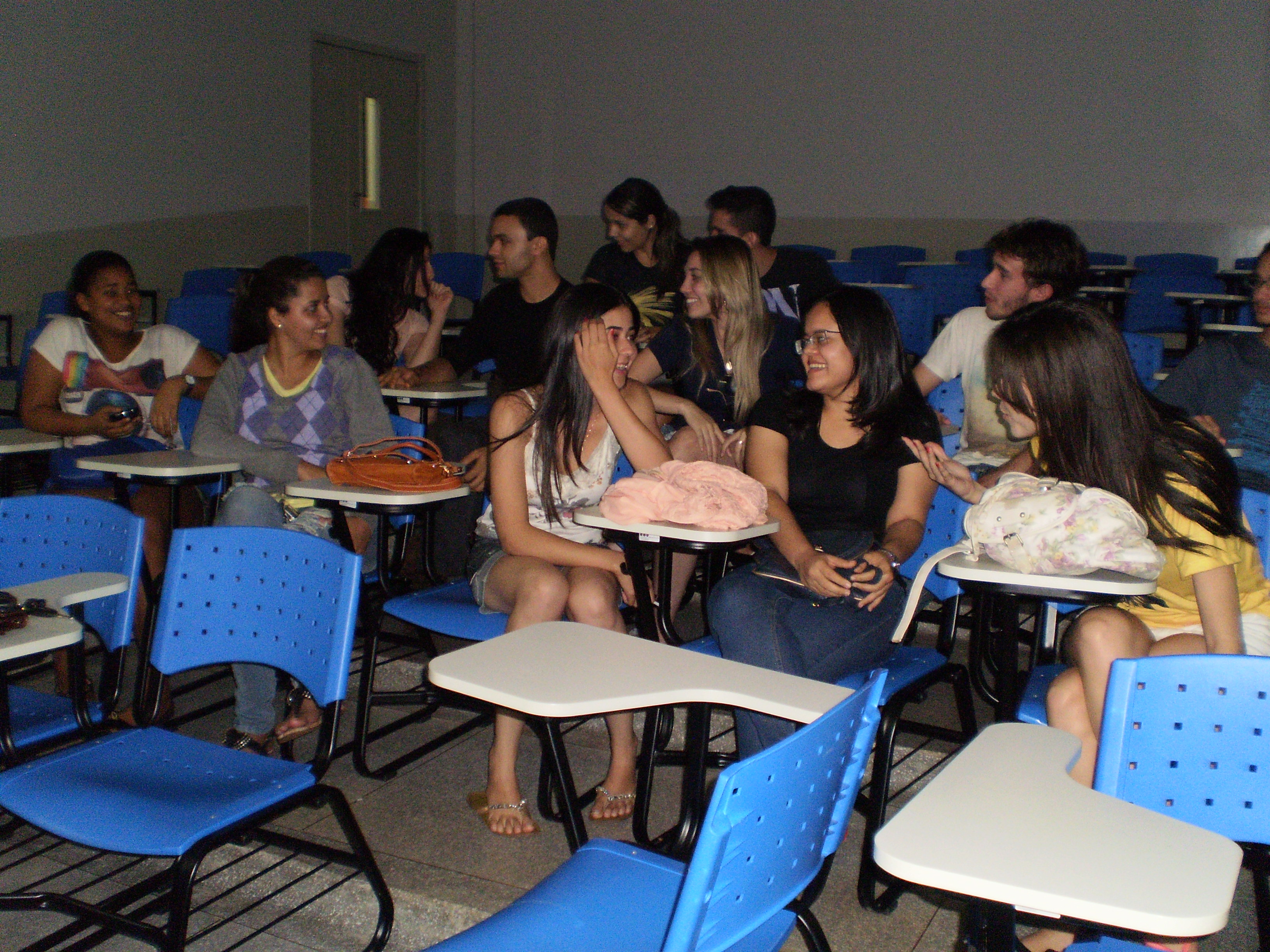 Introduction: The cinema used as a teaching tool is already widely known for its effectiveness,
since it is a dynamic, plastic and pleasant to transmit knowledge and awaken interest to investigate the
various issues. Through his abstract themes are seized immediately and in an impactful way. The cinema
as a tool lends itself particularly to the learning of all disciplines who are dedicated to the study of human
behavior, which converge in the neurosciences.
Objectives: The project aims to stimulate crossdisciplinary discussion on the behavior and human emotions, based on the discussion of pre-selected
movies watched weekly by a group
Material and Methods: The activities are developed weekly in an
academic field (usually in the FADIR auditorium) with movies that have been acquired with own funds
(unbound from the UFGD). The sessions will be supervised by the coordinator Dr. Elizabeth Castelon
Konkiewitz and assisted by doctors and professionals invited to assist and will guide the discussions that
will start the end of the movie. In each session an academic is responsible for archiving the issues
discussed and during the next week they have to elaborate a review based on the watched movie in the
discussions and also in what has been seen in the classroom or teaching materials.
Results Among the
depicted themes we mention in “Eternal Sunshine of the Spotless Mind” by Michel Gondry, the formation
of memories, its importance in the personality formation and the tendency to treat forgetfulness as an
escape valve for everyday problems and its major flaw . In “The music never stopped” by Jim Kohlberg
was the deepening of music processing in the brain, its impact on the construction and consolidation of
new memories and their use as therapy (music therapy) in cases of amnesia seeking greater recovery of
lost memories. In “Fight Club” by David Fincher has studied the need for man to form social groups of
prehistoric times to the present day, the imposition of the stronger over the weaker and multiple
personality disorder.
Discussion and Conclusion: This teaching project aims to contribute to a
comprehensive and reflective training of scholars from different disciplines, in relation to human
behavior, using movies to underpin the discussions. In this sense, the project has opened an
interdisciplinary forum for dialogue on UFGD that an informal academic environment, favors the
construction of a different and more comprehensive knowledge, while providing deeper opportunities in
specific subjects through the materials exchange and information between attendees.