On the afternoon of August 22, 1972, John Stanley Wojtowicz, the son of polish immigrants and a gay Vietnam War veteran, held up a branch of Chase Manhattan Bank at the intersection of Avenue P and Third Street in Gravesend, Brooklyn, New York. His objective was to obtain $3000 to pay for a sex change operation for Ernest Aron, also known as Elizabeth Debbie Eden, who he called his wife. While his accomplice, 18-year-old Salvatore Naturale, held female bank tellers hostage at gunpoint within the bank, Mr. Wojtowicz addressed a cheering crowd outside and spoke to a live broadcast audience. The drama, which lasted for almost 14 hours, was observed by thousands of onlookers, and when Mr. Wojtowicz tried to make an escape in a limousine to a waiting plane at John F. Kennedy Airport, an FBI agent shot Naturale. Wojtowicz surrendered, was arrested and served 7 years of a 20-year sentence in prison. The robbery received widespread attention and Mr. Wojtowicz corresponded frequently from his jail cell about the event.

In 1975, Sydney Lumet directed the highly popular film, Dog Day Afternoon, which retold the story. Al Pacino played Mr. Wojtowicz and the film captured the pathos of the story, in which Mr. Wojtowicz is portrayed as an anti-establishment hero who shows concern for his hostages and attracts the support of the crowd outside. 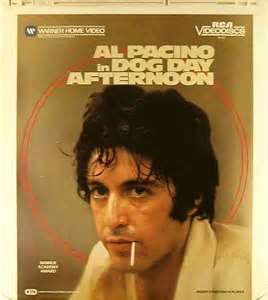 In 1999, the French artist, Pierre Huyge, exhibited in Paris a video entitled “The Third Memory” in which Mr. Wojtowicz, now released from prison, retells the story of the robbery. The video shows how Mr. W’s recollections of the robbery, which took place 27 years earlier, were radically transformed by viewing the film representation of that event. Mr. Huyge shot his video in a television studio in Paris on a set that reconstructed the original bank. Mr. Huyge supplied Mr. Wojtowicz with actors and Mr. Wojtowicz assigned the roles and actions according to his recollections. “You, are the bank manager,” said Mr. Wojtowicz, “you go there”. The video shows how the original events, which constitute a “first memory” of the robbery, and the film’s recreation of that crime, which constitute the “second memory”, are synthesized to give rise to the “third memory” which was retold by Mr. Wojtowicz. As Pierre Huyge commented, Mr. Wojtowicz “was unable to tell the difference between the relevant, which happened, and the fictional, which was a film… He is mixing the fiction with the fact… By telling the story, you appropriate this story, even if the story is fictional”.

Dr. Elizabeth Loftus, Distinguished Professor of Psychology, Social Behavior, Criminology, Law, and Society, and Cognitive Sciences at the University of California Irvine has studied the power of suggestion and the ability to implant false events in someone’s memories. In one project she persuaded people that they had undergone a traumatic childhood event in which they were lost in a shopping mall, separated from their parents. Eventually, according to this implanted memory, an elderly person rescued them and they were reunited with their families. She implanted this memory by telling subjects that Loftus wanted to discuss events that happened in the subject’s childhood and that Loftus had prepared for the interview by speaking with the subjects’ parents. Initially Loftus and coworkers talked about things that had actually happened. Then the subjects were told the fabricated story. This implantation of the untrue story was repeated at three successive meetings. One fourth of the subjects developed the false memory and accepted that it was true. In another experiment patterned on Loftus’s work, investigators were able to implant the memory that the subject, when a child, went to a wedding and accidentally tipped over a punchbowl, spilling punch all over the parents of the bride. In another study, Loftus showed that the wording of questions about the collision of two automobiles altered the subject’s memory of that event. 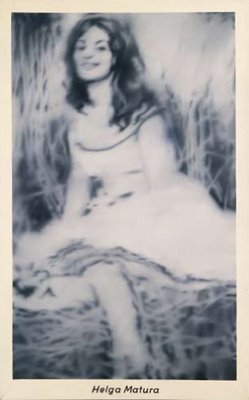 The contemporary German artist, Gerhard Richter, gives another view of the subjectivity of memory and “reality”. The subjects of Richter’s paintings are photographs, such as of Helga Matura, a Frankfurt prostitute who was murdered on January 27, 1966. Richter’s painting of Matura, which was done from newspaper clippings in the same year as her death, shows Helga as a smiling lady depicted in smudgy strokes of gray. Richter has commented, “I think everybody starts out pricing a few works of art and wanting to do some like that. You want to understand what you see, what is there and you try to make a picture out of it. Later you realize that you can’t represent reality at all – that what you make represents nothing but itself and therefore is itself reality.”

These studies show that our memories, our consciousness of the past, are highly subjective and may have little bearing on the actual events. The studies give us some clues about the nature of memory. Indeed recent research shows that memories are dynamic at the molecular level. Each time we were recall a memory, the synapses that were used to store that memory are destabilized and the memory is re-remembered, as we recall the memory then, through the strengthening of new synapses by a process called reconsolidation. Indeed these studies suggest that “reality” is highly subjective and represents a consciousness of the world that is constructed (fabricated) by the brain and subject to modification.